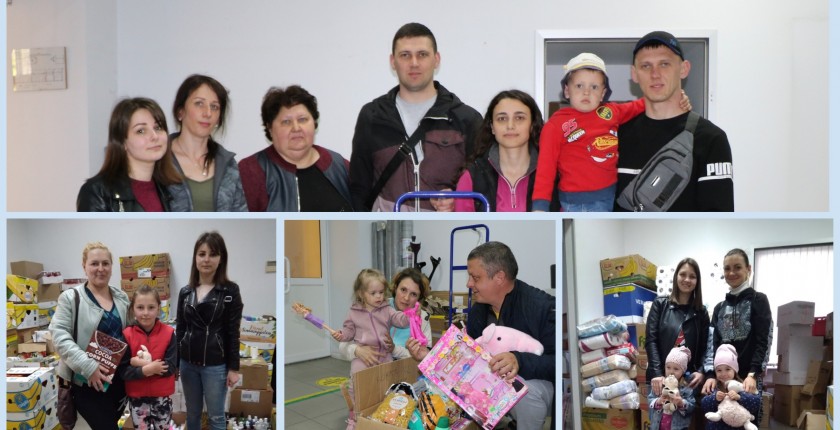 The story of each family of evacuees is difficult and full of pain. People’s lifes were burnt and radically changed by the war: multiple attempts to leave one’s home and leave the temporarily occupied territory, the road to salvation and the search for a relatively safe place to live. The families of temporary evacuees from Kherson region who visited Zhytomyr Community Fund shared their stories with us.

Mark’s home is far away 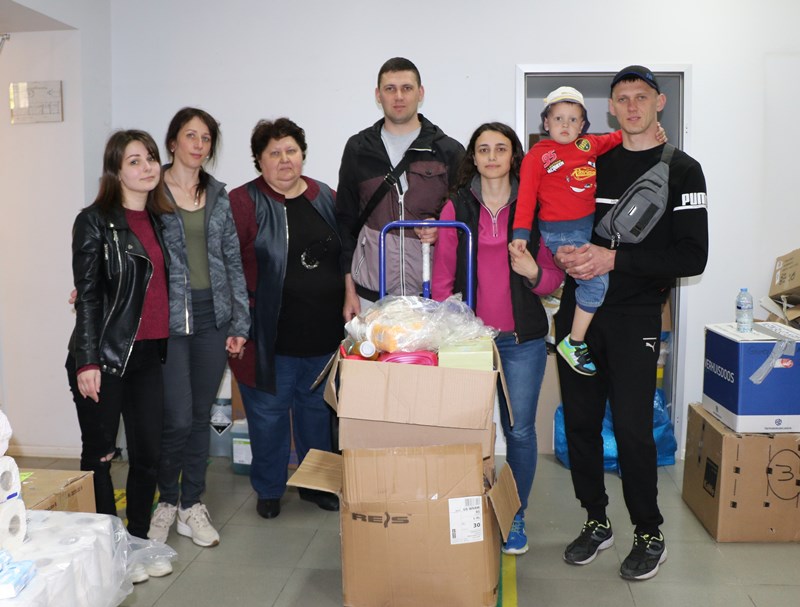 Little Mark from Kherson region looks at the world with serious, not childish, eyes. Everything is new for him in Zhytomyr. And the baby’s home remained far away. When the boy received a toy guitar as a gift, a warm smile appeared on his face.

Mark and his family, who arrived in Zhytomyr with almost no belongings, visited Zhytomyr Community Fund a few days ago. Zhanna Soloviova, the Chairwoman of the Board of Zhytomyr Community Fund, spoke with them. Then the visitors received humanitarian aid: food, medical supplies, clothes, blankets, provided to our Fund by friends from the Boot Development Foundation (Netherlands) and other partners.

The family of the temporarily evacuees thanked them for the much-needed support.

Victoria and Nastia: “We really hope that Kherson will be freed soon!” 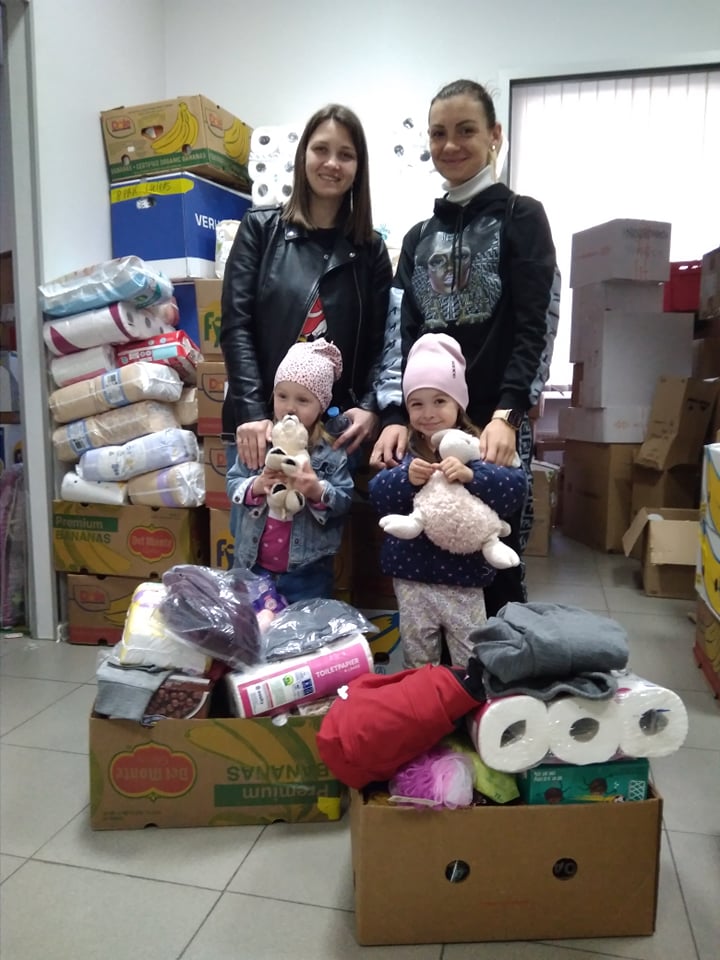 Viktoria, Nastia and their families’ way from temporarily occupied Kherson by car took them a week. They managed to do this after several unsuccessful attempts. After the difficult and long way with their young children, finally they arrived in Zhytomyr a few days ago.

Having learned from acquaintances that Zhytomyr Community Fund provides support to temporarily evacuated people, the women visited the office with their three-year-old daughters – Maria and Karina – and shared their painful story.

“We really hope that Kherson will be freed soon and we will return home”, – said Victoria, thanking together with Nastia for the help provided to their families. 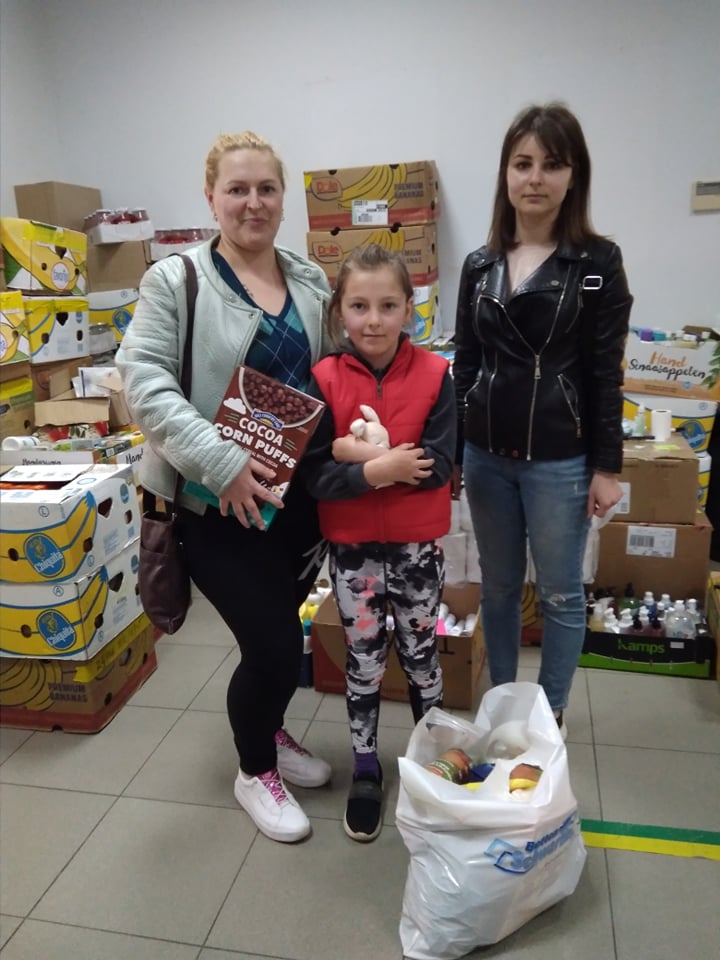 Olha: “Our house was bombed. We have nowhere to go back…”

Olga from Kherson region said that they ran away with a bag of things. The woman’s parents evacuated by boat through the Kakhov reservoir to Nikopol, Dnipropetrovsk region. When her father found out that their house was bombed by the Russian invaders, he had a stroke, the man was hospitalized.

“We have nowhere to go back to. I am looking for a job in Zhytomyr. I also need to find a school for my seven-year-old daughter,” Olga shared her worries.

Despite the ordeal, the forcibly displaced people are holding on. Our people do not give up. What gives us strength is the faith in the victory of Ukraine, which will surely come!

Iryna and Oleksandr “We passed through 40 roadblocks” 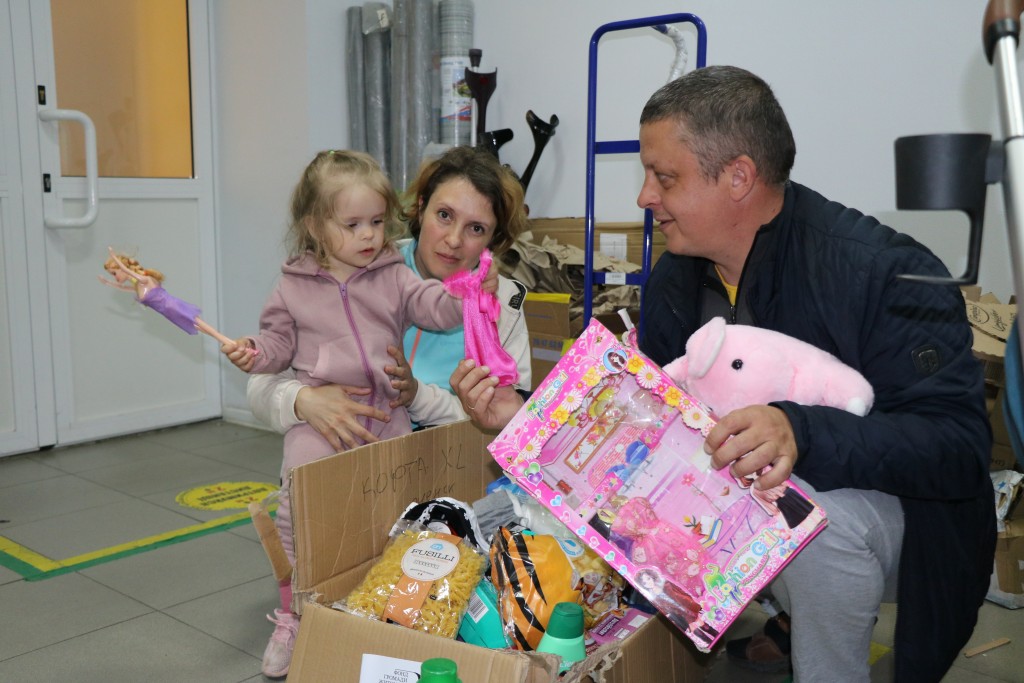 Iryna and Oleksandr, residents of Kherson region, with their two daughters, aged 15 and 2, left Kherson region and arrived in Zhytomyr at the beginning of May.

“We stayed at home for a long time because we didn’t want to leave the house and the household. We also took care of neighboring houses whose owners had left earlier”, Iryna said. “Many people tried to leave our village, which is located a few kilometers from Chornobaivka, but they did not succeed, they returned.”

The couple said that they drove through 40 roadblocks. At some roadblocks, the Russian occupiers let them pass after seeing a child in the front seat. On others, the man and the woman were forced to undress or the car was not allowed to pass for a long time in order to create panic in the column of people trying to evacuate themselves.

Each of these families received aid from Zhytomyr Community Fund. Speaking with the evacuated families, Zhanna Soloviova, Chaiwoman of the Board, talked about the mission and fields of the Fund’s work and the help it provides.

– When the war started, we started thinking of the ways to be useful. I know how to make projects and raise funds, so that’s what I started doing, – said Zhanna Soloviova. – Providing humanitarian aid is not our main activity. Thanks to our friends and partners from Poland and the Netherlands, we are able to support the families of the evacuated people. During our communication, people said that they needed not only food and essential goods, but also jobs, shelter, etc. In the near future, we will conduct a survey to study the needs of these people better.