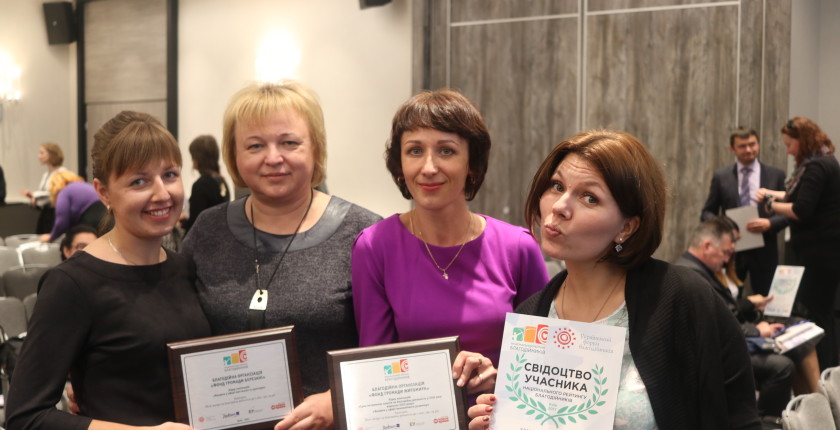 Zhytomyr Community Fund was recognized as the leader by this year’s National Rating of Philanthropists in the nomination “Funds spent for charitable activity in 2016 compare to 2015. Expenses in the field of economic development”.

On Friday, September 29 2017, the celebration of the leaders and participants of the annual National Philanthropists Rating was held in Radisson Blue Hotel (Kyiv). The representatives of the foundations and organizations from all over Ukraine gathered to participate in this event.

The National Rating of Philanthropists is a professional, independent rating of charitable foundations and organizations that are ready to publish their tax reports. The Ukrainian Forum of Philanthropists, together with reputable partners, has been organizing the rating from 2013. The main aim of the  of the National Rating of Philanthropists is to promote the development of accountable charity in Ukraine and to highlight those charitable organizations that work according to high standards and are ready to publish financial reports. Accountability is the foundation of trust in charity. 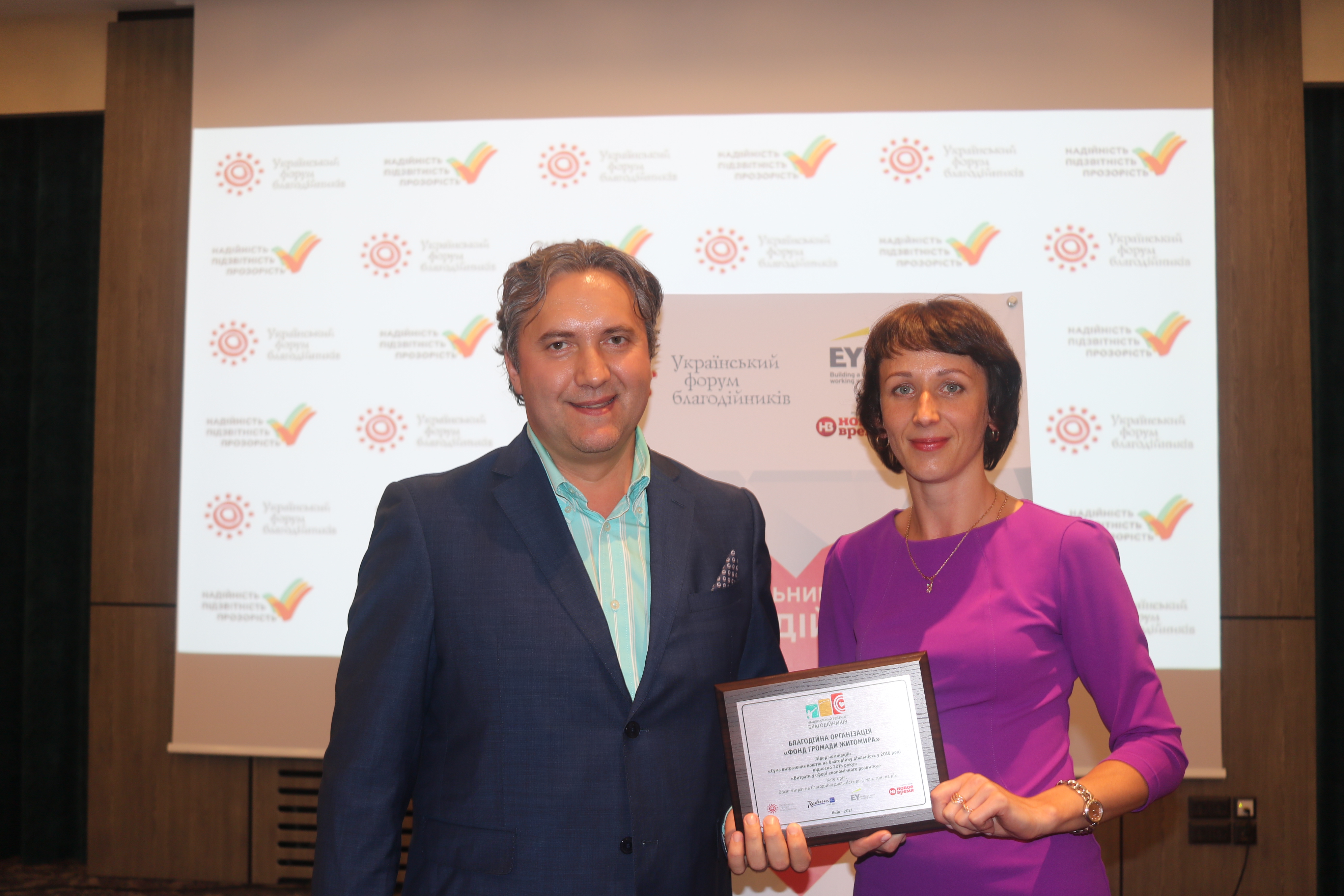 Volodymyr Sheyhus, Executive Director of ISAR Ednannia and Zhanna Solovyova, Head of the Board of Zhytomyr Community Fund

Volodymyr Sheyhus, Executive Director of ISAR “Ednannia” in his greetings to the winners of the rating said: “It is important to switch from a just charity to a systematic philanthropy. It is very good that in Ukraine annualy the number of the organizations and funds which operate transparently has been growing”.

“For Zhytomyr Community Fund’s team this award is very significant and valuable as it is the result of our fruitful two-year cooperation with the IOM Mission in Ukraine and financial support to the Government of the United Kingdom of Great Britain and Northern Ireland. In 2015, we launched a program for the development of microenterprises and self-employment of internally displaced persons and the local habitants in Zhytomyr region. Participants take part in the trainings of business planning, prepare and present their business plans, and, in case of successful business plan acception, they receive the equipment for a launching or expanding their business. By the end of September 2017, more than 300 participants of the program had received equipment which worth more than 8 million UAH. It is a significant investment in improving the quality of life both the participants themselves and the Zhytomyr region as a whole”, – says Zhanna Solovyova, Head of the Board of Zhytomyr Community Fund.

The participants of the School of Community Funds at the solemn Ceremony of the National Philanthropists’ Rating.