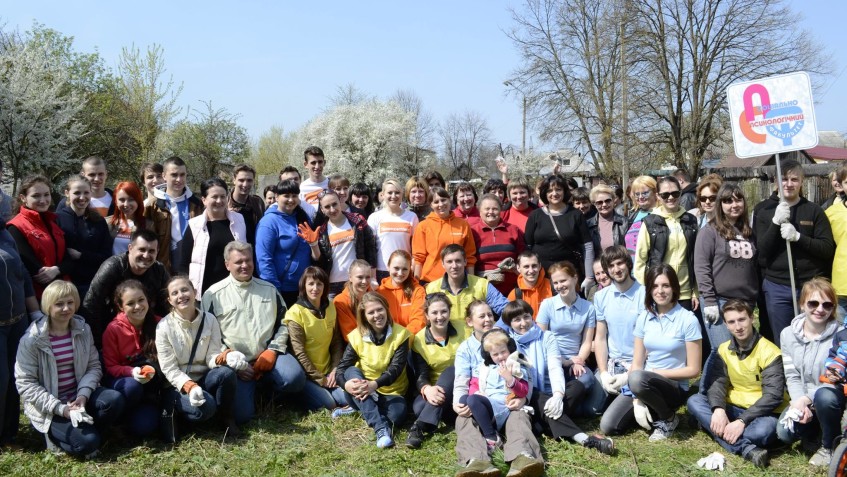 The Ukrainian movement “Let’s Make Ukraine Clean! -2015” is part of a worldwide movement «Let’s Do It World» that unites 11 million people in 112 countries in order to take care of the ecology of our planet.  This is an annual Ukrainian socio-ecological event aims to clean up the recreational areas and city parks.

The goal is to persuade people to be responsible for the environment by uniting the community, commercial and governmental entities for cleaning up their cities and villages.During over five years people of different countries do the global cleaning of recreational areas on weekends. This event unites the whole country to clean up and beautify the rest areas and parks. The project involving social organizations, commercial and governmental entities, whose employees join the movement because of corporate social responsibility.

In 2015  “Let’s Make Ukraine Clean!” will be held on April 25 throughout Ukraine from 10.00 to 20.00.The Ukrainian Ecological Festival will be held all over Ukraine as a part of a program. It will contain the bike rides, eco – quests, watching films about the ecology, planting the trees and flowers, rest zones improvement, eco – forums, master – classes, field kitchen and national flash mob with the greatest number of collected garbage in 1 second.

The project becomes more and more popular every year. The number of participants increases twice annually.The project doing great media campaign every year involving the stars and opinion leaders who can motivate young people to participate in the movement. Also there was created a national team, which involves volunteers who coordinate the program on a local level.

ZHYTOMYR COMMUNITY FOUNDATION DONATED YET ANOTHER CAR FOR OUR DEFENDERS
Uncategorized,

ON THE HOLIDAYS EVE, WE RECALLED THE WINTER RITUALS OF UKRAINIANS|
Uncategorized,

CHILDREN PAINTED GINGERBREAD AND TOLD ABOUT THEIR DREAMS
Uncategorized,