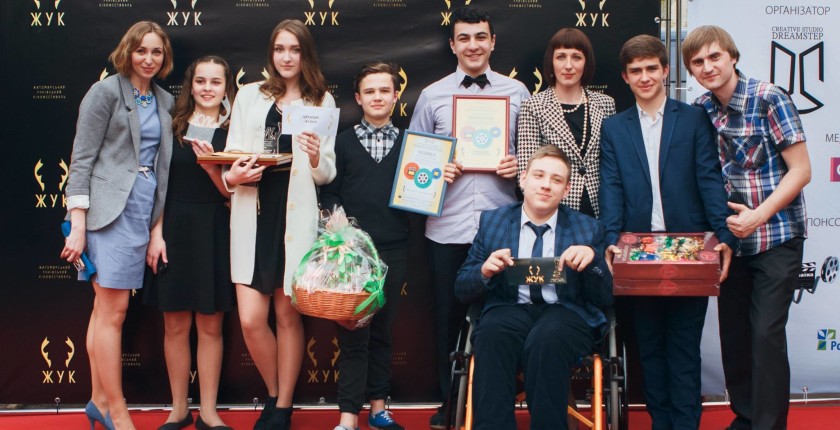 Zhytomyr Community Foundation the second year participates in the assessment of participants’ works of Zhytomyr student film festival “Zhuk”. “This year we decided to prepare a special gift for the team-winner. While thinking about the gift, we emphasized its ability to be memorable and one that will strengthen positive emotions participants that they felt and lived through at shooting of their film. That is why we choose the visit to Aqua Park”, – tells Zhanna Solovyova, Head of the Board of Zhytomyr Community Foundation a member of jury.

At the ceremony of the festival “Zhuk”, which held on April 24, 2016, Zhytomyr Community Foundation had the honor to announce final nomination “Best Film”. In this nomination the team from Ukrainian-Italian school “Vsesvit” for film “Reloading” win. This team got a special gift – certificate for visiting Aqua Park “Terminal”. The visit planned on May 2016. Therefore, we are waiting for photo report from our winners. Zhytomyr Community Foundation congratulate with successful continuation of “Zhuk” tradition the organizers of the festival – “DREAM STEP” team and its leader Bohdan Iaremchuk and wishes the festival to grow in the future, at national and international format.